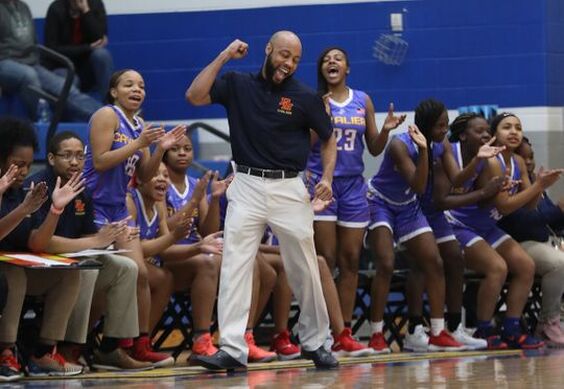 Jamar Mosley is entering his third season at the helm of the Lady Cavaliers in 2019-20 after being named head coach on May 27, 2017. Mosley has accumulated a 40-13 record overall record in two season at Purcell Marian.

In 2018-19, Mosley led the Lady Cavs to their first district championship in over 15 years. The Lady Cavs finished with 22 wins, the most in school history, also advancing to a regional championship game for the first time in school history. Under his guidance, senior Amil Ali-Shakir became one of the best players in the state as a senior. Ali-Shakir was named first team all state, Cincinnati Enquirer player of the year, first team District 16 and first team all Greater Catholic League (GCL coed). Sha'Dai Hale joined Ali-Shakir on the all GCL and all District teams after a solid senior campaign. The Lady Cavs continued their success off the court as the team posted a 3.3 cumulative GPA.

The 2017-18 campaign was one of the most memorable in the Purcell Marian girls basketball history as the Lady Cavs were able to win it's first ever GCL league title. The Lady Cavs put in a strong effort against the Versailles Tigers (state runner up) but they came up short, falling 53-48 in the district championship game. Mosley was named GCL coach of the year and Hale was named GCL player of the year averaging a leagues best 16.1 points and 10 rebounds per game.

Prior to becoming the girls head coach, Mosley helped guide the Purcell Marian boys squad to an Ohio D3 District Championship. The 2015-16 Cavilers went undefeated winning the Greater Catholic League (GCL) Coed. He coached under Scott Kerr who came to Purcell in 2015 and turned the program around. Kerr has won over 200 games in his coaching career. Kerr led the Cavaliers to a 2019 state final four berth. At Purcell, Mosley worked with GCL players of the year Jordan Gaines and Rashaad Ali-Shakir. Gaines and Ali-Shakir shared the conference player of the year while Ali-Shakir also was named District player of the year. Ali-Shakir averaged 16 points per game and is the GCL all time 3 point leader and steals leader.

Mosley was hired at Purcell after spending a season at Cincinnati Christian University and 3 years as an assistant coach at his alma mater, Hughes Stem High School.  In 2014-15, Mosley helped the Eagles to a third-place finish in the Kentucky Intercollegiate Athletic Conference (KIAC), which had three teams participating in the postseason. He worked with All-KIAC First Team selection and NCCAA Second Team All American Mitch McLeish. McLeish finished the year in the top 10 for free throw percentage. He averaged 16points and 6 rebounds per game. In his first season as an assistant for the Eagles they defeated five teams ranked in the top 25 NAIA polls. The team earned a trip to postseason play competing in the national NCCAA tournament where they went 2-1 and finishing 5th overall. He specialized in guard development and defense.

He helped guide the Big Red to the school’s first district championship since 1956. At Hughes he worked with three all conference players and two second team conference players including CMAC player of the year runner up and All-District First Team Angel Rivera. Rivera averaged 17 points, 9 assist and 4 rebounds and is now the point guard at division 1 Stetson University. During his time with the Big red, he was the team’s travel coordinator and was in charge of all film exchange. He also helped organized practice and helped build scouting reports while serving as academic adviser.

Mosley competed at Trine University from 2009-2012. He played with NCAA division 3 All-American Ian Jackson. Trine competed in one of the toughest division 3 conferences in the MIAA. He was at Trine for three years before transferring home to begin his coaching career. He graduated from Northern Kentucky University with a Bachelor degree in organizational leadership with a focus in health and physical education.

Along with coaching, he trains athletes in the offseason where he is the CEO and head trainer for Second Half Athletes. He has trained a host of players who have gone on to play at collegiate and professional levels.  Several of the athletes he has trained include Angel Rivera (Stetson), Devin Williams (West Virginia University), Anthony McClain (University of Cincinnati Grad), Jaaron Simmons (Ohio), Ahmad Frost  (Maryland Eastern Shore) and Elijah Pughsley (Western Carolina). He has held several camps and clinics throughout the Cincinnati area.

Along with coaching basketball he wants to help make the world a better place. He mentors children in the greater Cincinnati area and serves as the Director of Communication and Public Affairs for World United Organization (Non-Profit). World United Organization has a mission to make the world aware of it's fixable problem, inspire people to change those problems and to help those less fortunate than most. WUO is now known as ﻿Equange﻿ 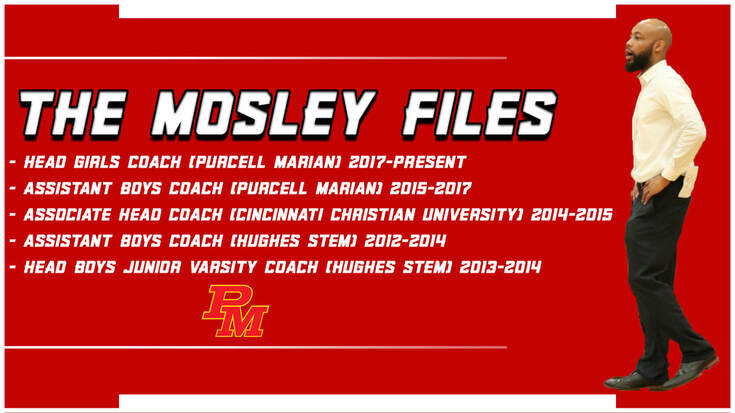